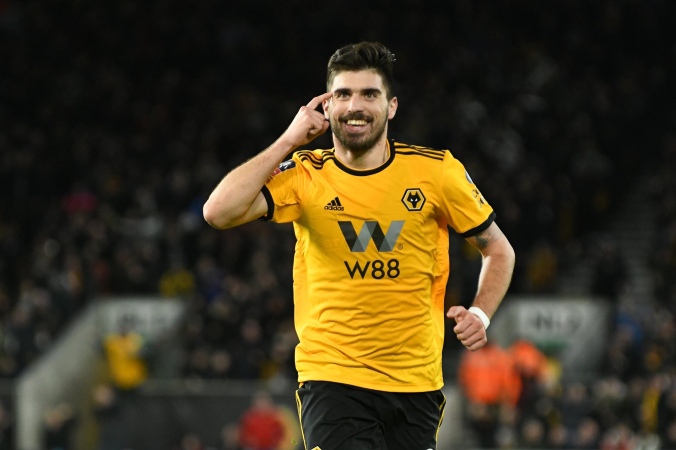 The FA Cup still evokes memories in me. One of my first memories as a Wolves fan was celebrating at Elland Road, in the Leeds end as Don Goodman dinked us into the semi-finals. There was the famous 3-2 over Newcastle, a humdinger of a game which still ranks as one of my favourites of my lifetime and who can forget the last time we played Liverpool in this competition?

These games all had that sense of mystique and so-called ‘magic’ that can only be associated with this competition. The League Cup has never truly managed to harness this, but we’ve also never really shown the FA Cup any kind of respect in between all of these highlights. For years we’ve fallen at the first hurdle, being the victim of the odd Cupset ourselves – Luton Town and all that – but having seen the line-ups pre-match, this felt different.

As soon as the teams were announced, I had us down to win. Liverpool clearly have priorities and I’m not totally versed on their squad depth and who they actually had available to them. But they went with a team that would have lost the game against Paul Lambert’s Wolves, let alone this Wolves. This Wolves, who within the 5 changes they made themselves, brought in 3 players with Champions League experience, two of which were full internationals for Portugal and Belgium. In fact, you could conceivably argue we sent out a stronger side than the one that meekly surrendered against Crystal Palace. This gave me the unequivocal belief that we should be winning this game.

There was always the threat of Mane, Salah and Firmino looming on the bench, but as soon as ‘one of the best defenders in the world’ was beset by injury and replaced by a 16-year-old, the players scented blood. We did start tentatively and perhaps the triple-bolt midfield of Neves, Moutinho and Dendoncker meant we had to play with the handbrake on a little, but we grew into it and soon Ruben Vinagre had the run of the left flank. If it weren’t for some rather untidy exchanges and poorly misplaced passes in the final third we would have taken the lead sooner. In the end, the virtues of the return of Diogo Jota were in evidence as we went in front.

Jota brings a tenacity to our front-line that we sorely missed in our last fixture and opposition players are learning to their peril just how quick he is over the first few yards. Phil Jagielka suffered on the first weekend of the season and this time James Milner was spooked into surrendering possession for Raul Jimenez to stroll through and score. Don’t discount the human barricade that Jota became as Jimenez bore down on goal either. There’s a degree of the shithouse about our Diogo, a man as likely to tear you a new one with a dribble or a shot, as he is with a ferocious challenge, a shirt pull or knocking your lunch out of your hands in the school playground.

This set the tone for a game in which I always felt we were comfortable, against a team who hung out a number of their players to dry. There are genuine squad players and then there are just players you have in your squad. Ours came in knowing their job, involved in the plans with the genuine prospect of playing week-to-week. Aside from Shaqiri and perhaps Moreno, many of the incoming players in Red will probably go back into hibernation for much of the rest of the season, especially without any FA Cup ties going forward. It felt like a genuine show of disdain for the competition and a lack of respect for our quality. Klopp fielded a side which might show something against a Championship outfit, but not a top-half Premier League team, who Liverpool certainly didn’t romp to victory against a couple of weeks ago. This will of course be the excuse Liverpool will fall back on, but it smacks of a seriously bad judgement call from a manager lauded as the Second Coming of Christ by many in the North West.

I actually felt a little disappointed we hadn’t made more of the first half and I was even more frustrated as Liverpool drew level. Having crowded out Origi, he shouldn’t have been able to get a shot in and it came totally out of the blue as far as how the game was going. The substitution of Jota didn’t fill me with glee either and I began to wonder if we were letting the game slip a little. Then up popped our Ruben.

He’s not exactly threatened to produce this kind of goal on too many occasions so far this season. He’s had many wild attempts and confidence in his ability from range certainly wasn’t as high as it was last season, but this was too good an opportunity to pass up. If Liverpool weren’t arrogant enough in their starting line-up, they certainly showed it in not closing Neves down. He pretty much picked his spot from what was an absurd distance to do so and promptly lashed it in. This wasn’t a wild swipe like some of the shots from range he’s taken so far this season but a laser-guided missile, dipping, swerving and giving Mignolet no chance.

From there on in, we did our usual of keeping them at arm’s length, but as is the way with clubs of Liverpool’s stature they always manufacture another chance from somewhere. Shaqiri’s free kick looked in all the way from where I was sitting and even once it came off the post I was expecting it to nestle in the opposite corner, but John Ruddy’s fingertips made all the difference.

There was a clunkiness about the performance, possibly to be expected when you have Jonny on the opposite flank to what he’s used to, a rusty Dendoncker, a returning Diogo Jota and Vinagre’s infrequent interjections, but this was utterly deserved based on the teams that started this game and the performance over 90 minutes.

Let’s be clear and I may be fuelling the Liverpool narrative here – this wasn’t a giant-killing or a Cupset. This was a good team beating a worse one. And it’s entirely in keeping with the arrogance consistently exuded from that football club. I’ve never been a fan of the fans, but I’ve built up an affinity for the team in recent years. Jurgen Klopp can shove his wind excuses, his illness and injury where the sun don’t shine though as he passes up yet another opportunity to win a trophy. We’ll be seeing much more of each other over the coming years and maybe then he’ll realise Wolverhampton Wanderers is not a club to be trifled with.

One thought on “Victory, Nothing More, Nothing Less”