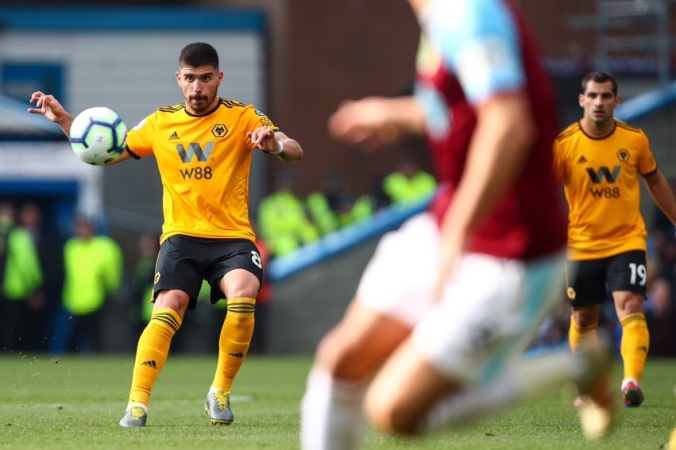 Two weeks is a long time in football. It’s an even longer time when you haven’t played a game due to an international break.

Having entered the final knockings of the season, we appeared to have hit The Quandary Stage. It’s nice, in it’s own way. We have to make decisions based on competing on two fronts and the fixture congestion that comes with success. Burnley on Saturday. Manchester United on Tuesday. Wembley next Sunday. In which basket do the eggs go?

It was inevitable that there would be a degree of rotation, because that is the modern way. How we went about that was another matter, but while we have quality in the ranks, the squad is quite thin on the ground. Allied to the fact that some of the fringe players have had rather stop-start seasons, entirely not conducive to performing at the drop of a hat when called upon, and the margin for error increases.

The changes Nuno did make were relatively positive. Seeing Adama Traore line up on the right was a boost, with designs on the performance against Cardiff at home against similar opposition. Ivan Cavaleiro coming in for Raul Jimenez was an obviously protective move with a couple of big games on the horizon, but Cavaleiro has proven his worth with some big goals this season.

It was a team clearly set up to attack with pace, to unsettle what can be a stoic Burnley back-four, but it’s a team that prepares for a game that starts at 0-0. We effectively allowed this game to begin by giving Burnley a head start. It was actually quite innovative by Sean Dyche’s men, knowing that we would probably be expecting the usual lump in towards the back post. We fall asleep and Conor Coady manages to slide the ball into the net after it comes back off the post. How’s your luck?

From this point on, it was an uphill battle. If there’s one thing Burnley enjoy doing, it’s standing firm and getting in the way of things. This was the story of the rest of the majority of the game. Blocked shots, blocked crosses, blocking runs towards goal. It was an exercise in stifling, a stodgy mess, like trying to run through quicksand.

One man who was getting some joy though, was Traore. Like a de-facto American Football-style running back, he would muscle us up the field. Dwight McNeil, the man who would end up being the game’s decisive player, wasn’t really part of the equation for the majority of this fixture as Traore pushed him and Charlie Taylor back towards their own goal. Cross after cross came into the box from the right-wing, the trouble being we didn’t have any sort of penalty box presence. Bardsley, Tarkowski, Mee and Taylor are an obdurate bunch at the best of times and a lot of their time was spent on a competition to see who could clear a Traore cross the furthest. All of this was happening, with little trouble coming our way at the opposite end. Still, no real chances to speak of.

We came out for the second half with a little more urgency and energy. We’d not had a rocket up the arse, but perhaps there was a Catherine Wheel whirring away, with Nuno’s half-time message sparkling from it. Leander Dendoncker had struggled to get involved in the play but a burst down the right took him towards goal and he created an excellent chance for Cavaleiro. His finish smacked of a player out of practice and perhaps even out of confidence. Jimenez was sorely missed.

Nuno’s next roll of the dice spoke of a learning from the aberration versus Huddersfield. Dendoncker was replaced by another forward and we reverted to the 3-4-3 that has served us so well during Nuno’s tenure. Traore was now operating higher up the pitch and Matt Doherty was also brought on, so along with Jimenez our goal threat had increased considerably. My only concern with this is how Doherty would overlap Traore and kill the space he has to operate in by taking defenders with him. We do operate with some innovation here though, with Traore hugging the touchline and Doherty hitting the box to get on the end of things.

We have a selection of players who Nuno doesn’t seem to think are capable of operating for a full 90 minutes. Ivan Cavaleiro and Diogo Jota have both been the subject of Nuno’s now typical 60-65 minute substitution. Traore is also falling into this select group of wide forwards whose intensity is too high to get them through a full game, apparently, and he was hauled off in favour of the ailing Helder Costa.

In doing so, Nuno performed a full-blown vasectomy on his team. Not only did we lose potency, we seemed to lose any desire to be potent as well. Burnley pushed higher up the pitch, began to press our back three having done very little of it throughout the game and we ended up conceding off the back of a rushed, aimless clearance from Willy Boly, without the ability to recover our position as McNeil drove the ball into the bottom corner.

For what it’s worth this wasn’t a bad performance. The Huddersfield debacles can lay claim to being our worst displays of the season and this wasn’t in the same league as those games. We weaved some patterns, we provided a threat and we really dominated the ball. Ashley Barnes and Chris Wood can prove a handful for many sides with their awkwardness but they barely laid a glove on us.

I think the disappointment for me is how Burnley didn’t really have to work too hard to stop us getting back into the game. Tom Heaton was forced into one save, a relatively comfortable pluck out of the air as Jonny headed towards goal. Effectively, this game was decided within the first couple of minutes. If we hadn’t conceded so early and allowed Burnley to offer so little ambition going forward, I believe we would have won the game, but too often we allow goals to dictate the way a game is going.

Genuine gamehangers are like gold dust in football and unfortunately we don’t seem to have many of them. We have plenty of good players, who have shown they are very capable at this level, but have struggled to turn the tide of a game, especially against more stubborn sides. This isn’t necessarily a problem that Wolves have in isolation, there are many teams in modern-day football who can’t seem to alter the momentum of a game. But what we can’t do – as we did yesterday – is nullify ourselves when we have an opposition readily able and willing to do that to us anyway.

In a way, we’ve almost come full circle. I remember a time when we were playing Manchester United and rested players in order to ensure we were at full throttle for the next fixture, which happened to be against Burnley. Clearly this isn’t at the same level or context, but Nuno protected our main goal threat with the view that there are games on the horizon that he will be crucial for. Turns out, he’s crucial to us all the time.

And so, the pack has managed to creep back up on us in the chase for 7th. There’s no point in us taking our foot off the pedal in any fixture now until the end of the season in my view. There is very little international football over the summer and the players will get a well earned rest no doubt. I believe in life that if you allow the fear of hypothetical situations arising to dictate your decision making, you’ll never achieve anything. If we’re operating on the basis that Jimenez may get injured at some point over the rest of the season, then not playing him is as good as not having him available any way in my eyes.

One thought on “Sleepy Wolves and Nuno’s Backstreet Surgery”