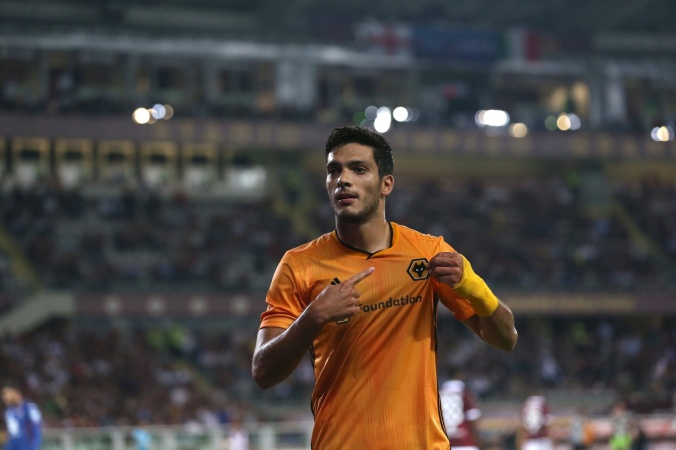 As much as we’ve been playing in Europe for a number of weeks now, it only just feels like we’re really getting to the blood and guts of the situation. The Penultimate Frontier, only because the Champions League remains far and away the pinnacle of club football and for now, is a challenge for another day.

Here we arrived on said frontier, with an unfamiliar sense of the unknown, a feeling we simply don’t know how to get to grips with. Most of our fixtures always have some level of history, big or small, that we can refer to with some vague sense of familiarity. Burnley at the weekend, a major case in point as we have literally played them since the beginning of footballing time. Torino in the starkest of contrast, were totally alien to any Wolves side, despite sharing a grand history at a similar time to the men from Wolverhampton. At this point there was little opportunity to cross paths, unless it was the international stage. Wolves are actually more familiar with their more illustrious, cross-town rivals than the club that bears the City’s name.

That unfamiliarity bled into Torino of course, despite how famous we all believe we are in the Premier League. Italians can be famously snobbish about their likes and dislikes and football certainly fits within that spectrum. It led to what was a wonderful spectacle.

All of the pre-amble pointed towards a cagey affair. Walter Mazzarri is notably wedded to three at the back, so we were likely to encounter a stifling of each other’s formations. But Nuno’s selection, for our first genuinely challenging away fixture in Europe  certainly raised an eyebrow and curled the sides of the mouth in an upwards direction. If you are going to go one-on-one in the wide areas, it’s fair to say having Ruben Vinagre and Adama Traore in situ could give you an upper hand.

Things didn’t quite work out that way for Vinagre, especially defensively, but Traore carved out his own fortress down the right flank, barging past Cristian Ansaldi as if he wasn’t a fully-fledged Argentinean footballer, or a fully-grown man at all. Sometimes, he really does make the game look unfair. He’d already made inroads down the right flank before he claimed his assist and Diogo Jota should have ensured he had another notch on the bedpost, before we actually took the lead. But with is game stripped back, simplified and allowed to be exploited at the correct moments, he really does look an elite performer. Here he was, just brooding on the right flank, biding his time until space just opened up in front of him and where there wasn’t space he evaporated Ansaldi into thin air.

A 2-0 lead was richly deserved as we created the better of the chances, but this was very much a game with the fortunes of the wing-backs at its heart. What Ansaldi lacked defensively he made up for with the quality of his delivery, after Traore had lost the ball and Vinagre had lost his man, we were pegged back. Torino had launched a number of long balls into the backpost during the first half and we had struggled to cope with them, despite not conceding any real chances. Lorenzo De Silvestri duly obliged and there seemed to be nerves in the air.

What we can be in no doubt about though, is our individual quality. While Torino seemed reliant on Andrea Belotti – a very good player – producing something for them, we had a number of avenues available to us, even with Adama Traore off the field. Raul Jimenez has many qualities, but mazy dribbles haven’t exactly been one of them – his demolition of Harry Maguire notwithstanding. When Pedro Neto went down after being baulked by a typically robust Italian defensive challenge, there really was no choice for Jimenez but to go solo. Cue some comical, Roger Johnson-style back pedalling, from Nicola N’Koulou, who would have ended up in the net with the ball had Jimenez not struck it when he did. Our cushion was restored and it was party time again.

As previously stated, Vinagre didn’t cover himself in glory and let himself down for a second time with the concession of the penalty. There is a sliver of hope for Torino and perhaps a slight sheen taken off what would have been a comprehensive away victory. But given the fact many of us would have taken an away goal draw at kick off, the sight of three on the scoreboard automatically puts undue pressure on Torino. I myself am not a big fan of the away goal rule in the modern era, but if it’s going to service our own needs I can learn to live with it.

As is now the way with Nuno’s Wolves, we took to the Penultimate Frontier like a duck to water. Perhaps we shouldn’t be surprised though, given the continental flair, ability and experience laced throughout. Diogo Jota, Joao Moutinho, Raul Jimenez, Willy Boly, Rui Patricio, Jesus Vallejo, Patrick Cutrone, Leander Dendoncker all have extensive experience of European competition – what are we worried about? I’d hazard a guess we certainly out score Torino in terms of appearances at this level.

It all bodes well for a return leg at home though, our Fortress Molineux. Who knows where we could be headed after that?

One thought on “The Penultimate Frontier”